Joe Kelly was a gay rights activist. Having come of age in an oppressive and conservative culture he devoted his early life to fighting for the rights of LBGTQ people. However, all the while he saw progress, conservatives expanded their power base into the highest reaches of government. Joe watched his successes evaporate and realized his mistake, Like many other gay rights activists I had deluded myself into thinking we had accomplished something of significance by an occasional court battle win or preventing a piece of legislation from passing Congress. While fleeing for my life I had to realize that I had failed to render my enemy hors de combat. I had known my enemy well, and I knew his agenda for my annihilation. Running by Night is full of action, adventure, intrigue, romance, and drama. Yet even in the darkest of circumstances it never loses its ability to engage with the reader at all levels.
Click bookcover to buy now!
author@bluewatertales.com 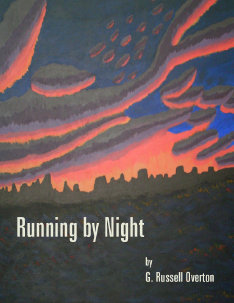